I love cooking and eating while at the cabin. We call it cabin cooking.

I recently took a trip to the cabin with a buddy and we did some of that cabin cooking. And I have to say, we had some damn good eats while there.

As you’ve probably been told, breakfast is the most important meal of the day. We started with a piece of Cobs sourdough bread (too hot recently to be baking my own bread). When you get Cobs bread, ask them to slice it thick – that’s the perfect way to have it for breakfast.

Toast the bread, add a couple slices of cheese, a pinch salad greens, and then slide an egg, cooked to soft over-easy, on top of the greens and serve.

Lunch – a lovely brisket sandwich served on Cobs sourdough rolls. I had previously smoked the brisket on my Traeger. After smoking a brisket I portion it into meal size portions and place it in Ziploc bags to freeze. Then when I want to go away for a cabin retreat, I put a bag of frozen brisket in my cooler. The frozen brisket acts like an extra icepack in my cooler bag and by the time I am ready to serve it, the brisket is thawed.

To warm the brisket before serving I placed it in a cast iron pan, splashed it with a little beer (any liquid will do – a little beef broth is really good) and moved it around in the pan for a couple of a minutes.

Once it was warm enough, I placed it on the sourdough roll. Added a bit of greens, a slice of cheddar, or brie, or jalapeno cheddar, or whatever cheese was available and lunch was ready.

When we needed a snack between lunch and dinner we went to what we call our “King’s Diet”. Tiny sardines, each placed perfectly on a cracker with a swirl of dijon mustard on it. On top of each sardine we added a splash of hot sauce. Easy cabin cooking.

And then the big meal of the day – dinner.

My travel companion was kind enough to bring along and prepare these magnificent ribeye steaks for us.

He did a reverse sear on the steaks. To do this he pre-heated the oven to 250 degrees while heating a cast iron pan on the stove top. He added some oil to the bottom of the pan and then placed the steaks in the pan, in the oven.

I wasn’t paying attention as well as I should have been but I do remember he got the steaks to an internal temperature of 110 degrees (that’s my recollection – I may be wrong).

Once he had the internal temperature where he wanted it, he pulled both steaks (one for him and one for me) out of the oven and let them rest while he prepped the pan for the stove top sear.

To do this he got the pan hot, added a dollop of butter, and then placed the steaks, one at at time, in the pan. Flip, repeat.

Add another dollop of butter on top of the steak while it rests for a second time, throw the chopped mushrooms into the hot pan to brown them up, then to the plate and then the table.

And we were both in meat comas for a few hours after we each finished eating our 16 ounce ribeye steaks!

That’s a day of eating at the cabin. Well actually, that was two days of cabin cooking and eating. The breakfasts were so filling we skipped lunch so the reality is that the brisket sandwiches were actually a dinner. But you know, it sounds more exciting to say this was one day of cabin cooking.

adadintheburbs
•
Follow
I used my @houseofknives gift card to purchase the @hydroflask.ca cutlery set and two @scanpan_official non-stick frying pans. There’s nothing worse when camping than having a pan that food sticks to. So I took a gamble based on the advice of the staff @coquitlamcentre House of Knives location and bought these new pans. Then while on the #5dadsgowild trip I tested them out. I’ve got to admit, the results were impressive. #giftedproduct #scanpan #cookingtools #cooking #fryingpan #camping #campinggear #getoutside
View on Instagram |
1/9 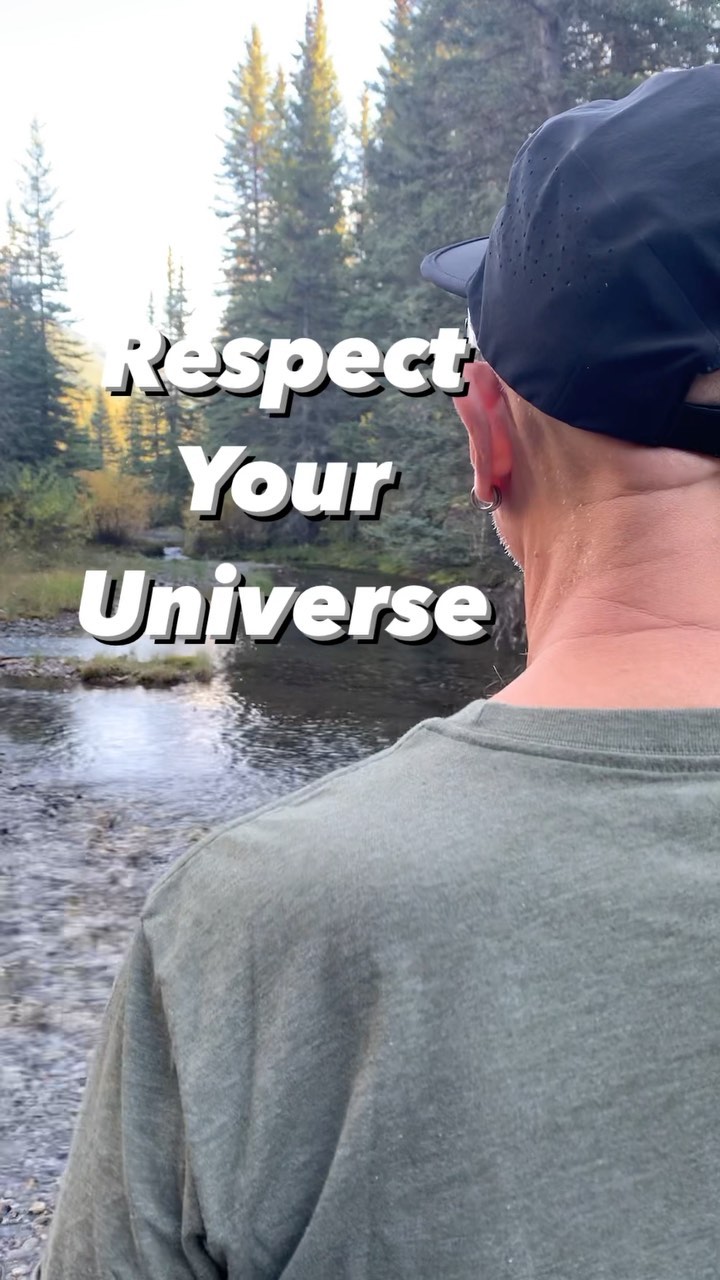 adadintheburbs
•
Follow
RYU is more than soft and durable athletic wear so while I was out on the #5dadsgowild trip I took the opportunity to spend time just being in nature. The natural world can be very calming if you take the time to “stop and smell the roses”. Thank you @ryu_apparel for supporting our group of dads as we spent time telling stories, listening, and learning from one another. #ryu #respectyouruniverse #getoutside #camping #explorenature #canadianrockies #rockies
View on Instagram |
2/9 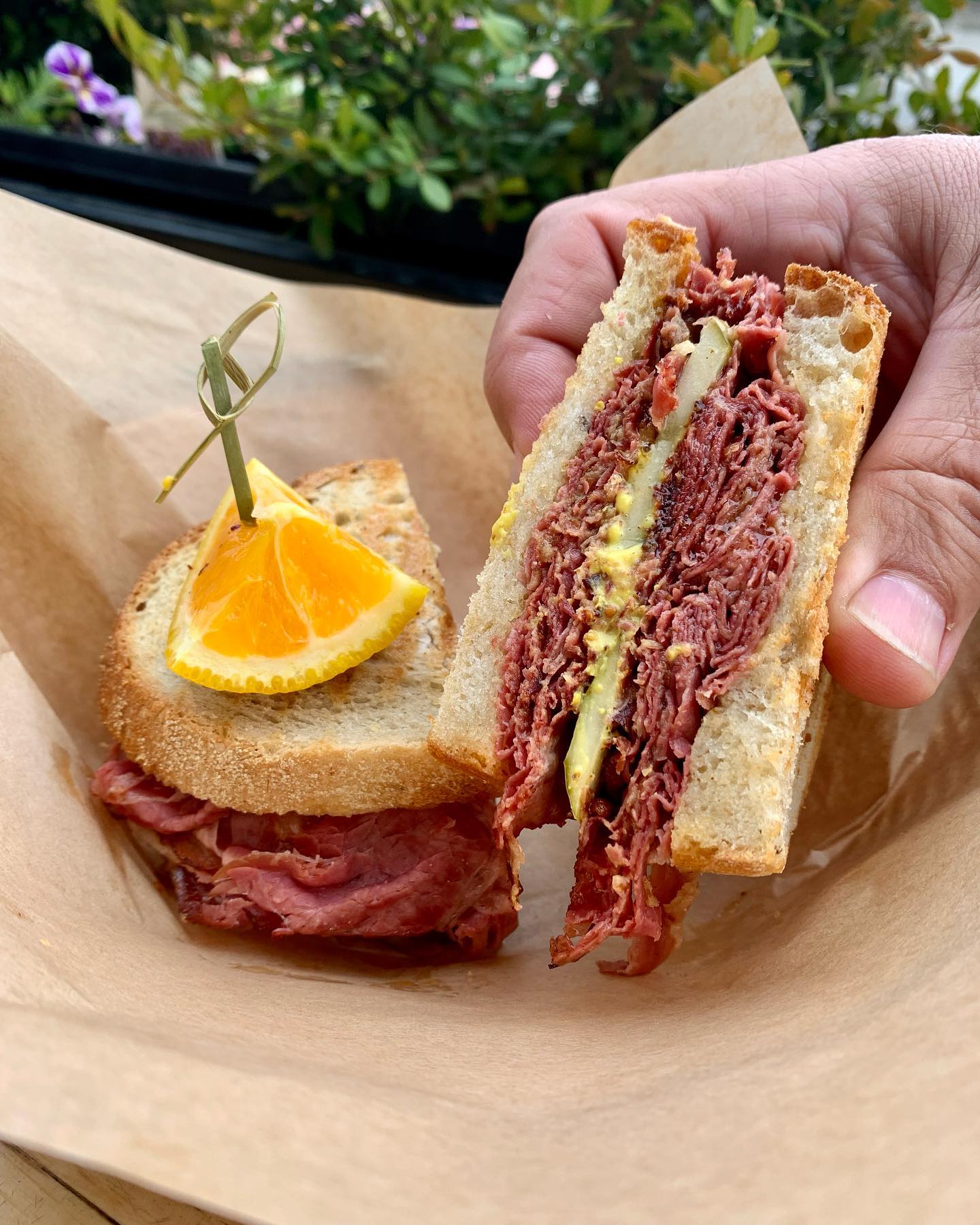 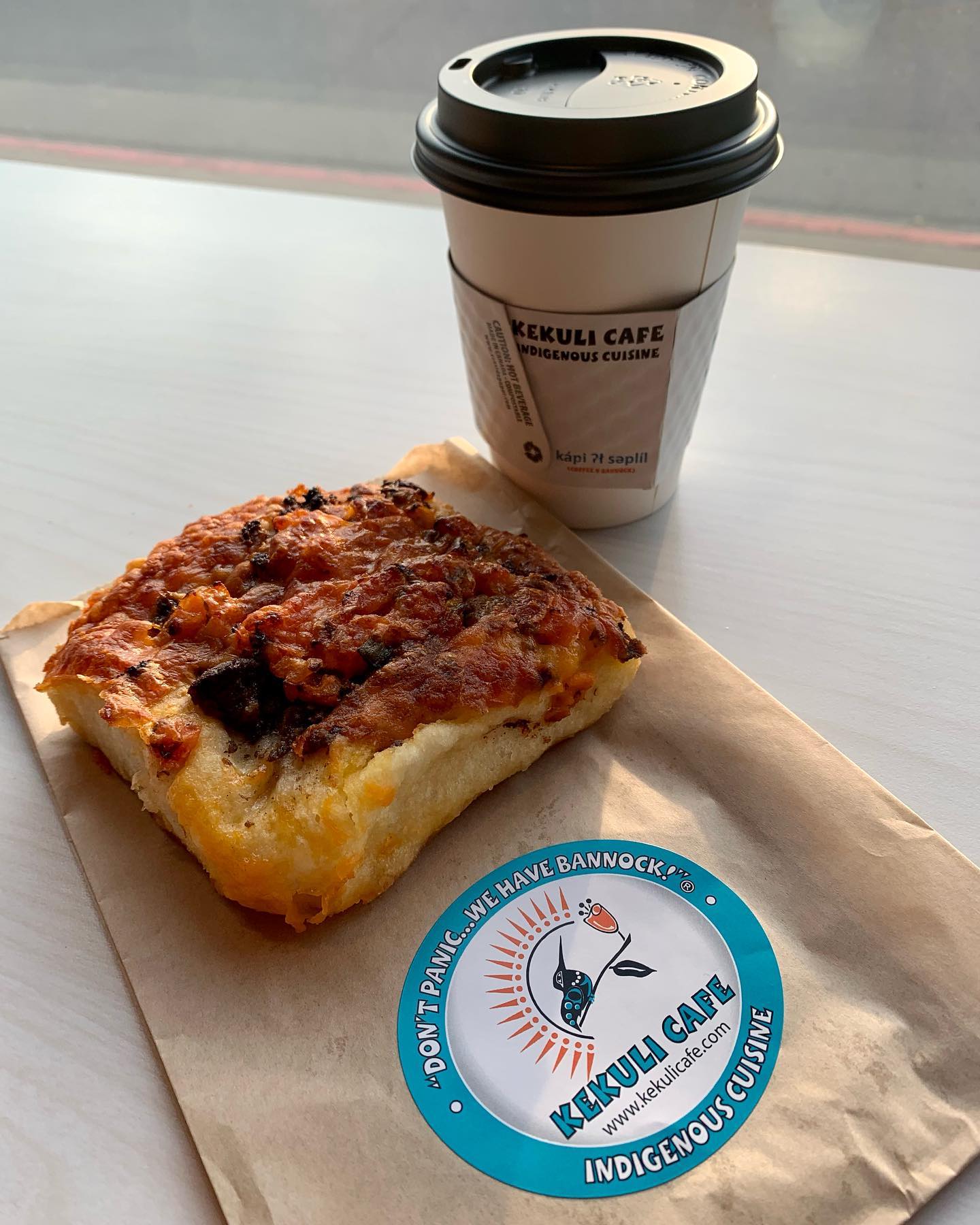 adadintheburbs
•
Follow
Thank you @kekulicafebannock in Merritt for our morning refuel. I had the baked venison bannock and it was a flavour hit. Fry bread with a little venison and cheese for protein? Oh yes. Now we’re headed back on the road for Salmon Arm - where to eat in Salmon Arm? . . . #5dadsgowild #bannock #breakfast #merritt #getoutside #explorebc #gearup #getoutthere #roadfood
View on Instagram |
4/9 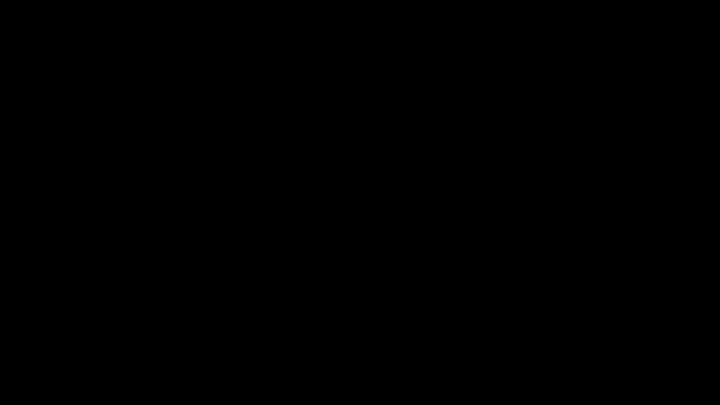 adadintheburbs
•
Follow
I visited the Coquitlam Centre Mall location of @houseofknives to prepare for this year’s #5DadsGoWild retreat. What do you think I brought home from the store? #giftedproduct #houseofknives #campinggear #getoutside #outdoorlife #bushcraft #kitchentools #wilderness
View on Instagram |
5/9

adadintheburbs
•
Follow
The kids and I tried a couple more of @jamieoliver mid-week quick meals last night. We did an adjustment on the one pan meal gnocchi recipe because we didn’t have any gnocchi in the house but we did have cheese tortellini. So we subbed in the tortellini. It worked. The other dish we tried was Jamie Oliver’s peas, beans, chilli, and mint. Again, we didn’t have beans and we did have lots of asparagus so - sub asparagus for beans! Both kids enjoyed the process of preparing the food and they ate it. One even asked to set aside some of the leftovers for their lunch! I’m calling this a mid-week meal success thanks in part to the inspiration we get from Jamie Oliver’s one pan meals and 5 Ingredients approach. . . . #onepanmeals #5ingredients #jamieoliver #jamiesonepanwonders #food #goodfood #midweekmeals #nomnom
View on Instagram |
6/9 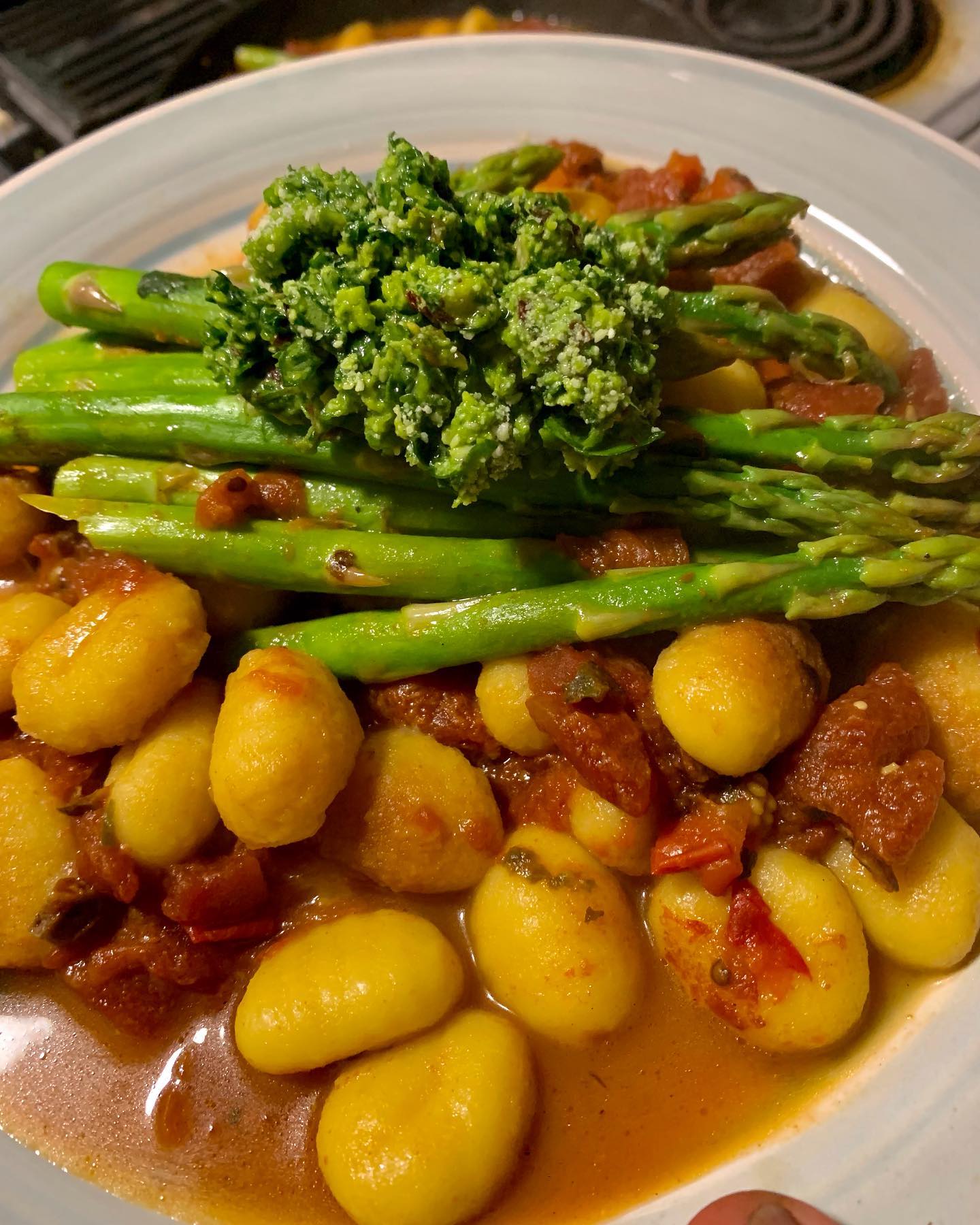 adadintheburbs
•
Follow
I tried the @jamieoliver #onepanmeal of gnocchi in tomato sauce with asparagus and spinach “pesto”. It worked! A quick and easy one pan meal. The spinach pesto was more garlicky than I liked (my doing) but it definitely added a flavour punch to the dish. I appreciate Jamie Oliver’s work at making tasty and nutritious food so accessible and easy to make. . . #onepanmeal #jamieoliver #jamiesonepanwonders #jamieoliver5ingredients #gnocchi #pesto #pestpasta #asparagus #quickandeasymeals
View on Instagram |
7/9 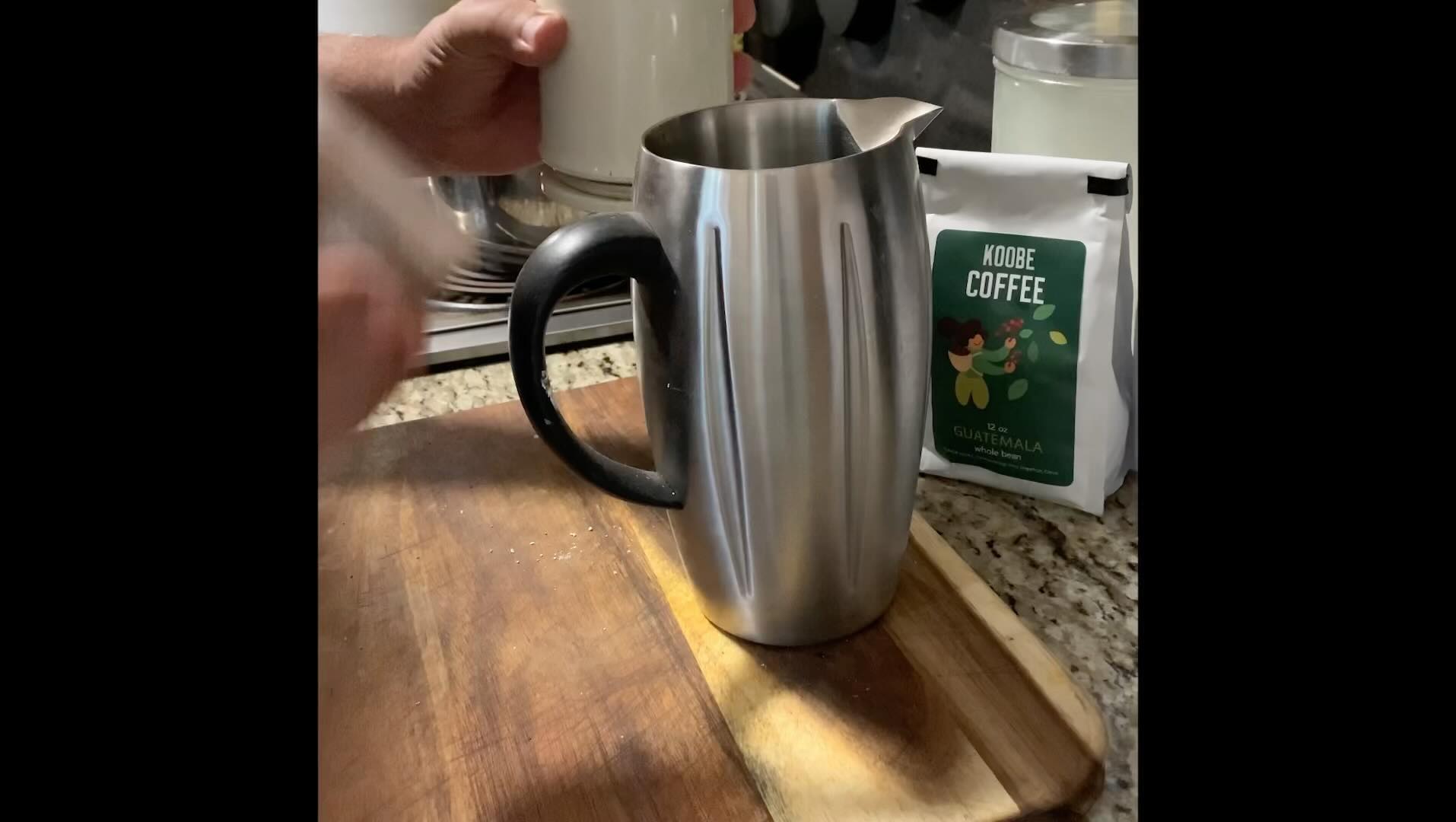 adadintheburbs
•
Follow
Weekend away with one of the kids and we tried out some of @jamieoliver recipes. First up was our take on the Epic Ribeye on white beans. It turned out a very nicely steak done to medium rare. Success. Next up was our interpretation of Teriyaki Aubergines - eggplant. We added in sliced red and yellow bell peppers and it was very yummy! Overall, a successful weekend of cooking at the cabin inspired by @jamieoliver who makes good food so accessible! . . . #jamieoliver5ingredients #jamieoliver #steak #beans #cabincooking #aubergine #food #foodporn #nomnom
View on Instagram |
9/9
View on Instagram